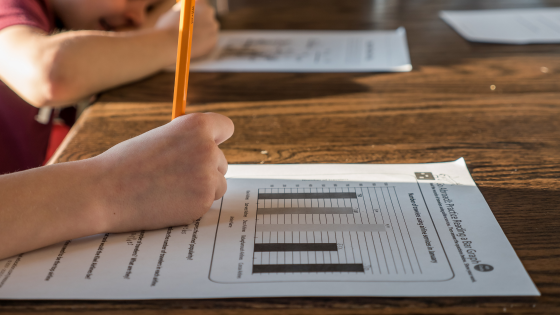 Since the dependency of online learning due to Covid, some are predicting that it could lead to the transitioning of paper to online exams much sooner than expected. The Department for Education (DfE) has suggested that a shift in attitude towards digital GCSEs has occurred due to the cancellation of summer exams. Sources close to exam discussions with the DfE have stated that prior to the pandemic there was some scepticism towards the concept of electronic exams. However, due to the the disruptions caused by the pandemic, many are now open to the idea of introducing them.

With that being said, it could take a few years before the transition becomes a reality. Colin Hughes, chief executive of the exam board AQA, has suggested that over the next 2-3 years: “we run a series of pilots, schools get used to using online assessments, they prove to be reliable, and then there comes a moment where you can flip the switch”. Furthermore, Hughes believes that technology risks and assessment issues will not be a problem, but rather that the readiness of schools and students needs to be considered.

Online exams are already a reality in Wales. On-screen assessments were introduced for children in Years 2-9 back in 2018. Assessments are said to be completely adaptive where the level of difficulty adjusts during the exam as pupils answer questions. However, the process could take longer to appear in England due to the time needed to fully trial the concept, as well as acquire the investment behind it.

It seems that the pandemic has sparked a rapid change in favour of educational technology and online learning. Within the next few years the education system is likely to see vast changes and improvements in all areas of the schooling system ranging from examinations to teaching itself. Ultimately, the future for current and subsequent students appears to be both exciting and promising.

1 Reply to “Will Online Exams Become a Reality?”